The article (from Fox) is mostly about Obama's chances in the re-election, but it begins with:

"“You can be stylish and powerful, too. That's Michelle’s advice.”

-- President Obama telling graduates to temper but preserve their interest in clothing during his commencement address at Barnard College, a women-only college of New York’s Columbia University."

...so many of the Freepers are discussing that instead in the comments.

Whoa! Michelle Obama is giving advice on style and fashion? Where’d I leave my TUMS?


“You can be stupid and arrogant, too. That’s Barack’s advice.”


I can’t keep up. I thought we were not listening to the candidates’ wives.

Michelle an exception. She had a paid position at a hospital run by OB’s associate.

You know? I’m 62 years old and I cannot remember - a single instance - where a President or his FLOTUS ever uttered the phrase “you (meaning he or she) can be POWERFUL”.


Sure, there have been times when the word ‘powerful’ was mentioned, but only in the context of the collective ‘we’ or the United States and/or its military. But this? This is just a true look into this couples’ souls.


This is arrogance of the highest order. It is meglomania and unrivaled hubris combined. They will be the blackest stain on this nation’s fabric for generations to come.


Very interesting that Obama is going all fashionista, after the very public and apparantly purposed memes that he is gay, outright.

I’m really surprised to see that Romney is leading among “women”, though that’s a false demographic.
It would be interesting to see the married vs single/divorced women’s demographics.

Almost as bad as our President’s speech and demeanor, was the nauseating fawning over BHO by the women of Barnard College. I haven’t been exposed to anything so revolting since Bill Clinton and the blue dress.

Just the most arrogant, yet kooky thing I have ever heard- not just a President say- but a male! If my husband ever said something like that, I’d be out in the barn looking for his pod!
So odd, embarrassing and scary all at the same time.


Did his Teleprompter quit? What happened to the words of gold that he used to utter and would cause the crowds to swoon?


Soon, we WILL have the Fashion Police-for real. Only the ruling class will be allowed to wear what they please and the rest of us-either dirty black bed sheets or those matching jackets that button at the neck that say “made in China” on the label...


And it isn't even convention season of which the two candidates get a 5 to 10 point bounce respectively if my memory is correct.....


The question is what if Obama's is a dead cat one? Tangent to that, NC doesn't want them and a swap at the last minute looks amateur.


And they can't ask him to go or they have revolt and ruin their narrative, IMHO it is too late to pull an LBJ. With that said the DNC is stuck with Obama and they know they are screwed.....


I say it again, I think this election cycle is going to be such a flippin' blow out the Dem's will not recover for 20 years as a repudiation of all things Obama...


* We hold the House and add Tea Party Reinforcements
* The Senate goes to 60 or more in our favor ( Dick Morris now agrees with me on this )
* Romney wins big just as a protest vote, and...
* The down-ballot wins at the local level via the Tea Party are huge again...


"This is arrogance of the highest order. It is meglomania and unrivaled hubris combined. They will be the blackest stain on this nation’s fabric for generations to come."


The dems are lining up on deck next to the ropes going to the pier. With water beginning to fill the engine room, they know best.


Am suspecting that black stain will not be renewed this year nor during anyone’s lifetime who is older than 6 today. Its comparible to “pissin on the electric fense” or touching the hot stove, not voluntarily done a second time.

"I suspect that the ‘stain on the blue’ dress will draw a few chuckles from the future generations, but the Obama stain will still produce ever-present shudders. It was an extremely cowardly thing to have elected him on the basis of his color."


That the first black president is of the absolute lowest caliber is a disgrace and travesty. They dredged the bottom of the sewer to come up with this putrid piece of human waste.

I’m very much afraid of a do-nothing majority.
The house is on fire, so we need to take bold decisive action, like,Odumbo did with Odumbocare.
The congress should begin immediately by eliminating Energy and Education. The media will scream bloody murder. After a year, the people will realize that nothing happened, and that the media was full of it.
The media will have been neutralized. We can then move on to entitlement reform.

We need another Joe The plumber moment, so to speak, where Obozo is cornered by someone on the campaign trail who asks him on mike: “When was the first time you had sex with a man?” His reaction and response would be classic!

Klintoons were smarter than the black fungus by multiple factors of 10. Nobama will be as they say a “flash in the pan”.
He better watch out, it sounds like some dem funny business is coming to the dem convention. With nobama somehow making $10MIL while in office, look for the dems in control to give him a hint to take the money and gracefully pull out for the convention or face some rude music all alone, which will then give hitlery the top spot. 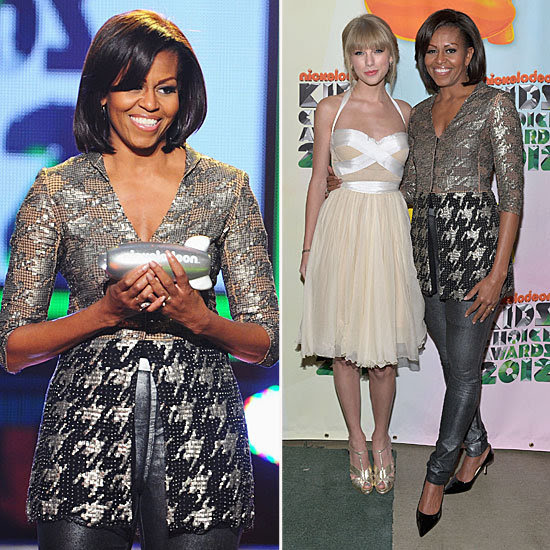 "What is that on her pants, a stretch mark?"


Who knows. I don’t want to look that close.
That’s one nasty woman.

One hint that they are concerned will be obama declaring an "emergency" and calling off or "postponing the election.Should he do this, who will oppose him? The Republican Party? Lindsey Graham, etal, will praise him for making such a wise decision and any Republican member of Congress that criticizes him will be severely chastised and arrested under the two laws Congress gave him that allow him, actually one of his goon agencies, to arrest and detain indefinitely without a trial. Any citizen that objects that is not shot by said goon agencies and those that survive will be arrested.


I know that it ill not happen here because,"We got guns"! Well, you damn sure better get ready to use them, because when obama and the Democrat Party sees that they are going to lose at the polls, things are going to get very nasty, very fast.


That is just the way I see it judging from what has transpired since obama took power. Others see it differently.