Summary: Mimi Alford, a WH Intern during the Kennedy administration, has written a book about her 18 month affair with President Kennedy.

As putrid as this is, I think it’s always better to have a womanizer as POTUS than a HOMOPOTUS.


This woman describes this as an affair?

Not so much...it was more a situation when JFK decided on the girl du jour and summoned her.

What I don’t understand is why a 69 year old grandmother would divulge this. Don’t tell me money...I can’t wrap my brain around that.

At some point in life, most people realize that their youthful indiscretions should be left in the past.Even though JFK took advantage of her youth, at some point she had to have thought that things weren’t right. I would hate to be her kids or grandkids.

The whore has no shame...she even wrote a book. Isn’t that nice?

“he'd rather his children be red than dead...”

And, this from the man who “faced the Soviet menace/Kruschev down.” Doesn’t quite fit the stories we are fed about the illustrious JFK.

"Alford was a slender, golden-haired 19-year-old debutante whose finishing-school polish and blueblood connections had landed her a job in the White House press office..."

Does the press corps (corpse?) have any members who are not sluts or whores?

LBJ and Hoover were able to lead the coup that killed JFK because most in powerful positions were aware that JFK was trash.

LBJ was going to jail for murder, his ticket out was Elm Street as he squashed that investigation per Barr McClellan, one of LBJ's lawyers.

Hoover of course had files on everybody. Hoover in many respects was the most powerful man on Earth and he was not going to give up his power if JFK was re-elected. Without Hoover, of course, the coup would have been easily exposed.

"What I don’t understand is why a 69 year old grandmother would divulge this. Don’t tell me money...I can’t wrap my brain around that."

I would presume that she is a Democrat. Liberals are proud of their sex scandals.

Were I a female who had an experience like this, I believe that I’d just keep it to myself and spare my family the embarrassment. And, a grandmother, no less!

You see, when Dems cheat on their spouse, their heroic figures to the MSM (Kennedy, Clinton etc.) When Republicans do it, it’s a character issue (Cain, Gingrich etc.)

An immoral young woman grown old and even now she sounds proud of her behavior.

" politicians are the scum of the earth."

Yes...they are, aren’t they? Huge egos, who demand the love of the public...and then rip us off often for hundreds of millions of dollars once out of office.

The ONLY honest guy out there is Ron Paul...but some of his ideas are so crazy he’s impossible to support. Because he’s honest, of course, he has no chance.

Here we are are fifty-two years after the “amazing” West Virginia primary when JFK defeated the protestant Hubert Humphrey...in a ninety percent protestant state...what amazing people...they actually voted for a Catholic.

Hundreds of thousands of dollars were placed in brown paper bags...and handed out to every election officer in every W. Va county.

What a bunch of lies it all is.

Meh, it’s beleivable but he’s not here to defend himself. My grandmother moved in some of the same circles as the Kennedy’s. My mother knew JFK and Bobbie slightly and didn’t like either of them very much. Said they were rude, crude, egotistical thugs. She was in the same hotel on two occasions when despite the Kennedy money and fame they were forcibly removed due to boorish and destructive behavior. This was, of course, when they were late teens and 20 something spoiled rich kids.

To this day I still maintain any time a Kennedy dies the country becomes a better place.

Our country is going down the tubes and we are getting exactly what we deserve.

Voting is a WMD.

I guess it is too much to ask of American women now days to show a little shame, self-respect, virtue, and dignity. What a state we have come to. And what a profligate example this woman has now set for her grandchildren. May God help us. We truly have become the land of the Kardashians and Jersey Shore.

I take it the new rules forbid any hint that St Obama might be gay?

Would we ever know about it if they were?

Perhaps teenage boys are more in line with Barrys tastes.

This is no different than how Musolini raped women by using his power and the knowledge that his political machine would protect him. But this lady wasn’t in Italy; she was where we have law

Another intern proud to tell the world that she was a whore.

Was it just me or did I read this quote wrong?

"Although historians have dissected Kennedy’s actions, none was privy to what he confided to Mimi.

“I’d rather my children red than dead,” he told her"

I thought it was BETTER DEAD THAN RED! To me it always will be...

The homos, the muslims, the media, PC and the government has
collectively destroyed our beautiful country..I'm sad beyond words.

"The Camelot presidency ... what BS."

No girls for Barry the White House boy ‘cause he's gay

I always thought Slick was a Kennedy.
It wasn't just Clinton's looks, but his connection to organized crime.

A friend of mines grandfather was a union boss in Mass. and was part of the Mafia. He knew the Kennedy's quite well. Couldn't stand them.

Big myth about the Kennedy's was they were trying to break the mob.

They were trying to get control of the mob for themselves.

My buddies grandfather always hoped it was the mob that took the Kennedy's out.

Kennedy was Lord of the Pigs.

Someone ought to email her on the record and ask if she still votes Democrat, whether or not she supported Bill Clinton, and how she feels about Newt Gingrich.
(That would reveal for example, whether sexual harassment bordering on statutory rape is OK or not, or whether it is conditionally OK, or whether the condition on its being OK is power alone, power and personal charm, or just being a Democrat.)

Funny we need a license to drive...
We need a permit to carry...

But we have absolutely no boundaries on voting and I would contend voting is far more dangerous. 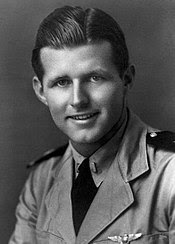 Photos like this seem to be a bit too much of a coincidence, IMO.
How may future presidents from less than meager backgrounds who have missing periods in their biographies, spent time in the former USSR in their early adulthood, and have communist sympathies just happen to have pictures of themselves shaking hands with former iconic presidents.

--- Yes, this poster is suggesting that Joe Kennedy Jr., who died in 1944, is the biological father of Bill Clinton.

JFK was likely pondering the next tryst as Oswald pulled the trigger. This has a symmetry.

Fifty years of liberal myth-building has gone up in smoke.

If I were her husband, I’d be sleeping in another room. I don’t think I could live with a woman who essentially lives with two me, one in her mind and the other that she doesn’t care for as much.


Why would a 69 year old Grandmother admit she was a slut when she was 19 years old. That she had sex with a married man many times over.That she gave in to the Kennedy power and mystique.

Claims of her virginity fall on these deaf ears.Virgins just don’t slide off into another woman’s bedroom and have sex with her husband.

If JFK is doing it to her so many times, where is the babies? I always laugh at those TV made mini series where woman sleep with so many guys and lovers, yet somehow the babies never get produced????!!!
Posted by AK at 6:36 PM