Col.West,sir....PLEASE decide to run for POTUS! We NEED you!!

That’s EXACTLY what “Palestine” is... it’s a regional concept, like “Chicagoland.” There’s never been a recognized, demarcated entity with that name.

And yet the Jewish community voted for him. They knew he hated Israel and the Jews but they fell over themselves putting him in office.

What an awesome man and great response to the Marxist Muslim Mumbler.

May God bless Allen West & Israel. Fear not. We know how it all ends. Prayers for Israel.

If life were really ‘fair’ Mr West would have been our first black president!

A fine soldier and a good and decent man!

Israeli’s have to hang on, with any luck we will vote out Obozo and end this madness.

Borders is not what this is about, it’s about the very existance of free peoples! Changing borders will never buy peace.


And honest to God, someone posted this picture:

Whoops it didn't want to show the picture. Not that I blame it. But here: 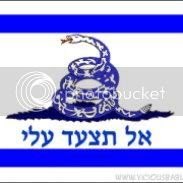